#DVK#AnalyticTools#VVC
Written byDmitrii Zolotukhin
New Analytic tools version 7.2. with long-awaited code coverage representation for VVC is here! Analytic tools are the proven tools to analyze the syntax and code coverage of video streams. They give maximum flexibility and can be used with DVK streams and any customer streams as well. The tools render a graphical representation of syntax coverages, speed up the test cycles by reducing the streams and their number, compare the stream coverage. 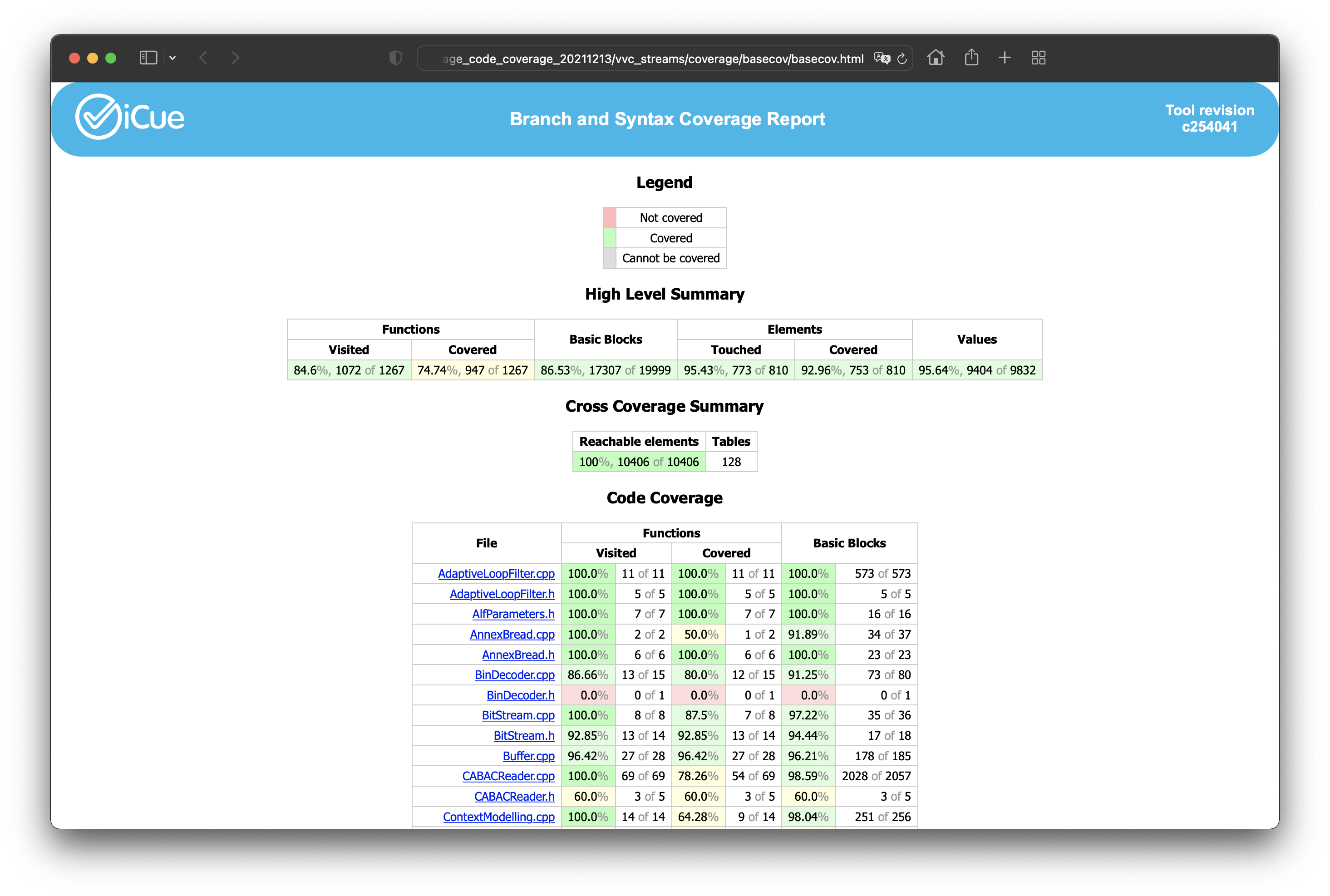 We implemented code coverage for the VVC codec.

Upon reorganizing code coverage representation with the Clang compiler for AV1, the efforts were focused on implementing this feature for VVC. At last, the work is completed, and there are some peculiarities I'd like to acquaint you with.

While AV1 was written in C language, VVC was created using C++. Thus, some issues occurred, which in this case were solved in Analytic tools to represent the code coverage of C++ sources in the most human-readable view.

After the compilation process of the C++ program, some people might be surprised by the appearance of function names in their code. All because the compiler «understands» function identifiers differently and «sees» them in a mangled way. To make these identifiers human-readable again, they should undergo the demangling process.

The reporter design was slightly updated

Though VVC code coverage was implemented, there is a lot of work to do with the analytic tools! The next steps are to add AVS3 support and implement the linux-based code coverage.

Or check the available sets here.