Welcome to a new article about Versatile Video Coding! Previously, we explained how Affine Merge Mode works and now we’ll look at Subblock-based Temporal Motion Vector Prediction (SbTMVP). SbTMVP is a type of a merge mode too. Both these methods are connected in VVC by using the same merge context. For demonstration we will use VQ Analyzer — a bitstream analysis tool developed by ViCueSoft. 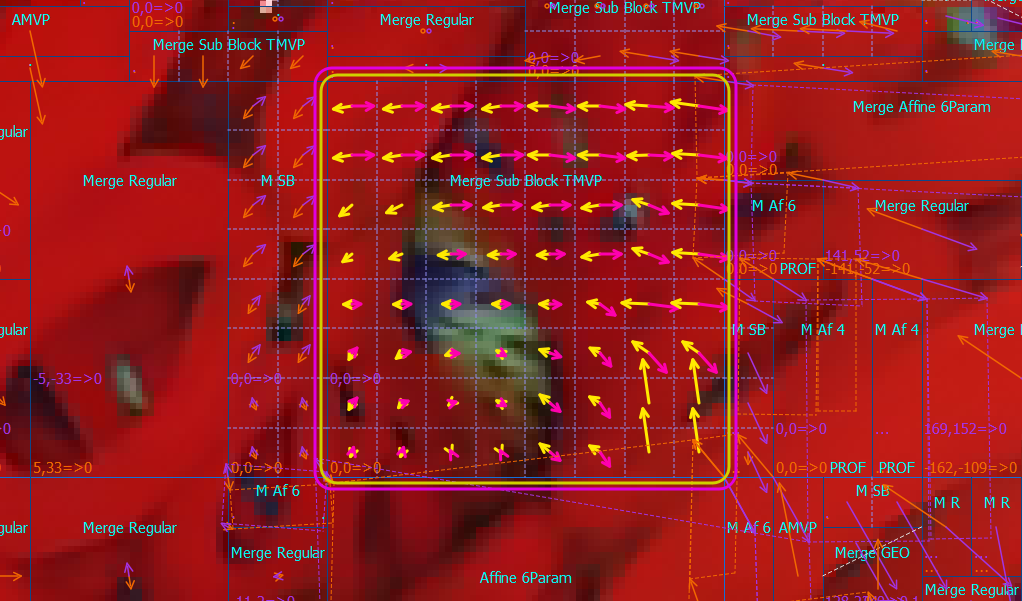 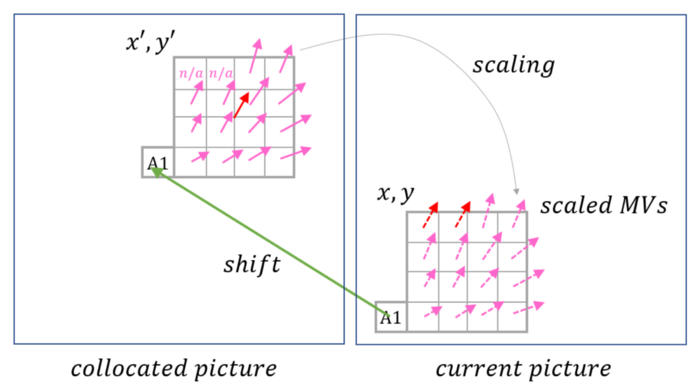 SbTMVP algorithm is demonstrated in Figure 2. Its main steps are: 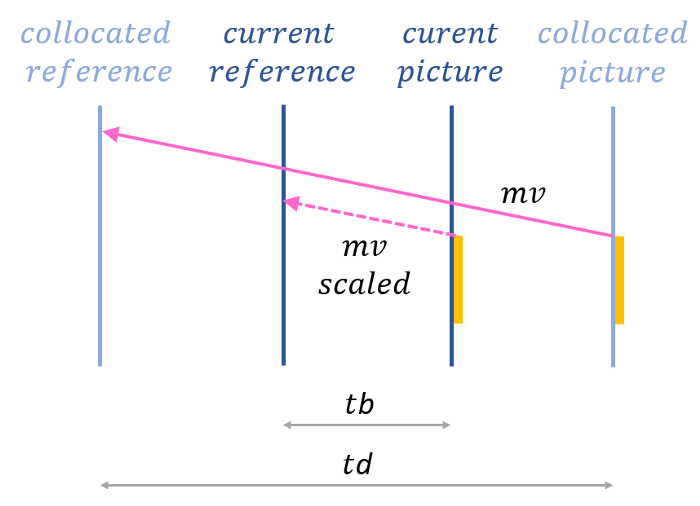 When SbTMVP is enabled, the list of merge candidates consists of SbTMVP predictor and Affine Merge candidates, as shown in Figure 4. SbTMVP candidate is added to the first position of the list. The SbTVMP mode is enabled by a sequence parameter set (SPS) flag. 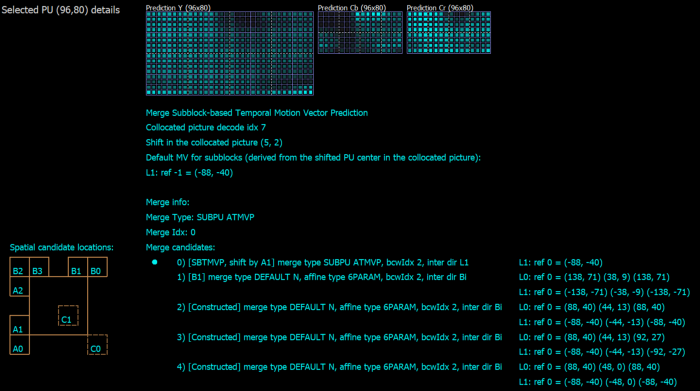 This is all for today. In this article, we demonstrated how VQ Analyzer from ViCueSoft can visualize and display details for Subblock-based Temporal Motion Vector Prediction in Versatile Video Codec. If you have any questions or comments, please write to us directly at info@vicuesoft.com.