DVK is a Bitstream and software toolchain for Decoder IP design and compliance validation. It is a must have tool for chip RTL design, target appliance integration (such as a smartphone, smart TV, Set Top Box), software stack verification before shipment to customer. It is carefully structured to become as compact as possible, address maximum coverage and minimize validation time during the design process. 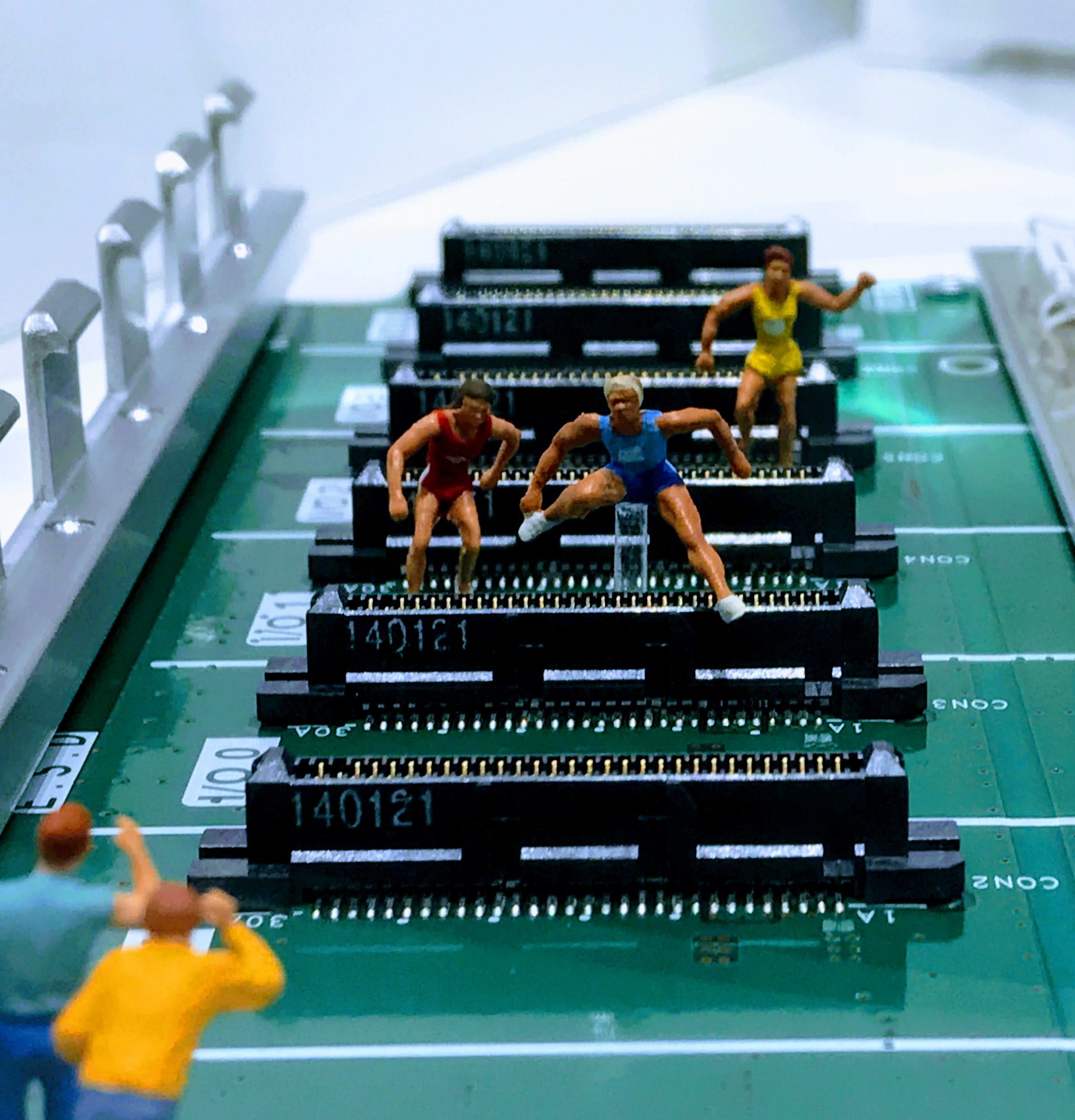 Photo by John Cameron on Unsplash

We have different tools for each codec - VVC, AV1, HEVC, VP9. Each of them is dissimilar in a set of streams and their number. For example, VQ DVK VVC consists of the following bitstream groups:

In this article, we will address the key features of VQ DVK, namely:

Immediate “out the box” benefits. DVK compliance streams can be immediately integrated into any CI or validation pipelines to proof the customer`s product.

Need something special? Not a problem! Special streams can be requested by DVK team (should be discussed in contract) or can be easily generated using very flexible design of encoder: DVK's encoder based on reference with support of configuration files. With the help of configuration files, users can generate any stream they want because any syntax element can be defined with on/off or particular values such as “pps_init_qp_minus26" (one of the VVC's syntax elements example). As an additional example, using this approach, there can be generated the stream if all the elements of “filmgrain” group (AV1 example) are enabled to test this feature during validation. 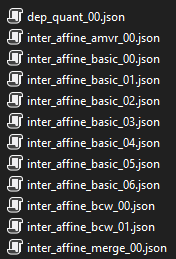 Some configs files for AV1 streams, each focused on particular elements 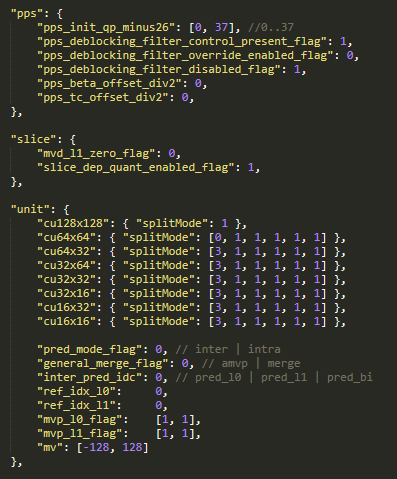 The part of the config file for AV1

Sometimes simple 1D coverage is not enough. That is why DVK introduce CrossCoverage in VVC reports. CrossCoverage is 2D reports: to reduce costs, it needs to be smart, so in some situations there is a need to check element coverage with some background knowledge – another element.

Analytic tools are the special tools to generate code, syntax and cross coverage reports (in cross-platform html-format) and to analyze the streams and check if streams set can be lowered.

All Analytic tools for AV1

And what is very important, analytic tools can be used with any set of streams. So, if an organization already has their video library of streams, they can be easily analyzed, reduced or compared by the tools. 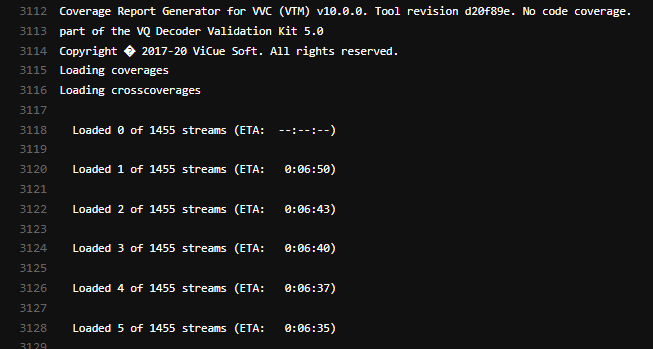